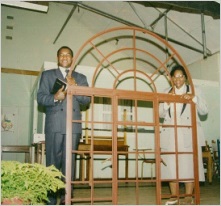 It was started as an interdenominational lunch-hour prayer meeting on the 10th of June 1993 with a handful of people in an office in the heart of the city of Harare. Bartholomew and his wife Apphia would open their offices at 8am in the morning counselling people from all walks of life, praying for the sick and ministering deliverance to those who were oppressed by the devil. At 1pm people would come from all over the city to hear the word and be ministered to and rush back again to work at 2pm. Many miracles took place; broken marriages were mended, couples without children were blessed with children. Word spread like bush fire and by August 1993 the room they were using became too small for the numbers of people that came. By the end of September they began to hire a hall at the Harare Polytechnic for Sunday services. Many people were added to the kingdom of God.

Bartholomew and Apphia began to pray for a place to build. As they prayed, they would drive around the city looking for open ground to acquire for the purposes of building a church. One September afternoon while driving behind the Harare Show Grounds, they stopped by the City Sports Centre and parked their car where the cathedral gate is now and as they stepped out of the car, the Spirit of God said to Dr. Manjoro, "Here you shall build!" It was so clear that for a moment he stopped. Then he said to his wife "Pick these flowers as a witness for here we shall build the House of God." She looked at him and laughed in amazement and then said "OK". They joined hands and in prayer claimed the piece of land for the Kingdom of God. On their way from home as they passed by the P.T.C (TelOne) Training Centre, Pastor Manjoro constantly reminded his wife that they would use the TelOne turn off to go to church. After submitting an application they waited upon the Lord.

Exactly twelve months later they put up a temporal structure for meetings at the site that God had provided. Nothing is impossible with God (Mat: 19:26; Lk: 1:37). From September 1994 the church started meeting every Sunday on the site. 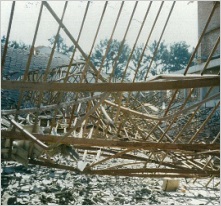 At the end of 1994 God spoke to Dr. Manjoro about starting a Bible College. Though it seemed impossible he had to obey. So he and his wife planned and began to register students. In January 1995 they opened their doors to the first sixty five (65) students from seven different ministries. Four other men of God volunteered to teach some of the subjects. Apphia was teaching Principles of Counselling, Principles of Praise and Worship as well as Prayer and Intercession. Dr Manjoro taught Doctrine and Gifts of the Holy Spirit, Church Administration as well as Dynamics of Faith.The first graduation ceremony was in January 1997. Today the College has now grown and has raised thousands of ministers, pastors and world changers.

In January 1995 the construction of the 5 000 seater Cathedral with a Kitchen, dinning hall and other rooms initially to be dormitories for resident students, but later to be for the Faith Library and Clinic, which are now; Library, Video & Audio studios, and other offices were started. Dr. Manjoro and his wife discussed with their children about selling their house to start construction of the Cathedral and the children agreed and they did it with Joy. They continued to preach and teach while at the same time building (Nehemiah 4:17). The congregation donated every Sunday all they could, and in November 1996 the brick work was completed with no outside donor. The congregation continued to donate joyfully and tirelessly for the roof which was completed in April 1997. 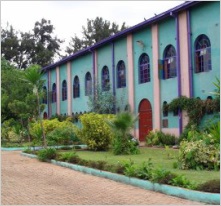 In May 1997 when the roof tiles were being laid, the roof collapsed! Dr. Manjoro was nicknamed "the pastor of the roofless church". The Zimbabwe Broadcasting Corportion (Z.B.C) News crew came to the church offices and, Dr Manjoro responded to their questions, saying that although the roof had indeed collapsed, God had not collapsed. "God has not fallen, He is still up there!". He was not in any way discouraged. He knew God had spoken and He does not lie.

So a tent was hired because the temporal structure was now too small to accommodate the congregation. We thank God that no one died, when the roof collapsed even though some people were on the roof. The church somehow remained intact and without cracks. The injured who were admitted to hospital were discharged the following morning. The church lost quite a few members who were ashamed to be identified with the church at the time. The majority said to the pastor, "We are behind you all the way." A young Engineer who had been attending the lunch hour meetings at the church offices in town offered to redesign the roof. He worked tirelessly and got the construction programme on track once again for no charge. In October 1997 work on the roof started again and exactly one year after it went down, in May 1998 it was completed. After the roof was completed, the ceilings and window panes and the plumbing and electrification processes began.

Six years after the founding of the ministry, there we had a miracle before us: The First Pentecostal Cathedral in Zimbabwe built by local people with out donations from foreigners, as Dr. Manjoro has always said "Africa, With God you can do it." Acts 10: 34-35 "I now know how true it is that God is no respecter of man, but in every nation a man who fears him and does right, He accepts him."